We are proud to announce the following keynotes by esteemed researchers at the conference. 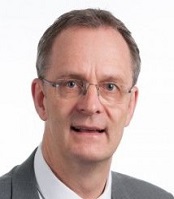 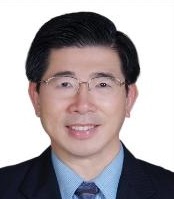 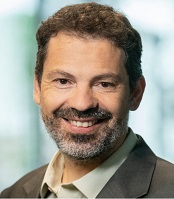 This talk will make an effort in defining levels of autonomy for a manufacturing industry. The step towards autonomy will be illustrated by recent examples from industrial applications. One important observation is that while the automotive standards focus completely on operation of the car, it is for process and manufacturing industry equally important to take steps towards also autonomous engineering and autonomous maintenance.

Alf Isaksson received an MSc in Computer Engineering and a PhD in Automatic Control, in 1983 and 1988 respectively, both from Linköping University, Sweden. After graduating he stayed at Linköping University until 1991 as an Assistant Professor. From 1991 to 1992 he spent one year as a Research Associate at The University of Newcastle, Australia. Returning to Sweden in 1992 Isaksson moved to the Royal Institute of Technology (KTH) in Stockholm, where eventually in 1999 he was promoted to full Professor. During this time he also spent 6 months in 1999 at the Pulp & Paper Centre of University of British Columbia, Vancouver, Canada as visiting professor.

In 2001 he made the shift from academic to industrial research and joined ABB Corporate Research in Västerås, Sweden. After a specialist career culminating in an appointment to Corporate Research Fellow in 2009, he is now since January 2014 Group Research Area Manager with the responsibility of internally coordinating all research in Control at all of ABB’s 7 research centers world-wide. At the same time Isaksson still kept a connection to the academic world as Adjunct Professor in Automatic Control at Linköping University 2006-2015, where he was leading a Process Industry Center from 2009 to 2012.

There are 10 widely recognized disruptive innovations and technologies in which Artificial Intelligence, Internet of Things, Robotics, Intelligent Manufacturing and Digital Economy are included. As the society facing the reality of aging and the industry encountered increased salary/wage levels as well as lack of skilled workers, the need of robots and manufacturing automation enhanced by Artificial Intelligence of Things (AIoT) is obvious. Amazon and Google are investing in AIoT and intelligent robotics technology. Others are likely to follow, further to stimulate investment and innovation.

Artificial Intelligence becomes important core technology of soft power in terms of global technological development, which has a wide spectrum of applications including robot integrated manufacturing automation, industrial cyber-physical systems (iCPS), internet of things, etc. The aforementioned issues, challenges and opportunities will be the focus of this presentation including some exemplary best practices and research results with video demo from NTU iCeiRA Lab.

Prof. Ren C. Luo received Dipl.-Ing, and Dr.-Ing. Degree in Electrical Engineering from the Technische Universitaet Berlin, Germany. He is currently an Irving T. Ho Chair and Life Distinguished Professor and Director of International Center of Excellence on Intelligent Robotics and Automation Research at National Taiwan University; Editor-in Chief of IEEE Transactions on Industrial Informatics. Prof. Luo also served two terms as President of National Chung Cheng University in Taiwan and Founding President of Robotics Society of Taiwan. He served as a tenured Full Professor of Department of Electrical and Computer Engineering at North Carolina State University, Raleigh, NC, USA and Toshiba Chair Professor in the University of Tokyo, Japan.

Science is knowledge that allows us to make predictions. What is the science of system design? What predictions can we make about the systems we build and deploy? As these systems increasingly rely on software, what predictions can we make about that software? Using examples from our own research, we advocate a formal approach to tackling these questions. In particular, we present some of our recent work on: (1) the Refinement Calculus of Reactive Systems, a compositional modeling and formal reasoning framework for cyber-physical systems; (2) synthesis from scenarios and requirements, a powerful combination of learning from examples and formal synthesis from specifications; and (3) synthesis of platform mappings with applications to security.

Stavros Tripakis is an Associate Professor at Northeastern University. He received his Ph.D. degree in Computer Science at the Verimag Laboratory, Joseph Fourier University, Grenoble, France, and has held positions at the University of California at Berkeley, at the French National Research Center CNRS, at Cadence Design Systems, and at Aalto University. His research interests are in the foundations of software and system design, computer-aided verification, and cyber-physical systems. Dr. Tripakis was co-Chair of the 10th ACM & IEEE Conference on Embedded Software (EMSOFT 2010), and Secretary/Treasurer (2009-2011) and Vice-Chair (2011-2013) of ACM SIGBED. His H-index is 47.

This keynote is an overview of the Multi-scale robotics, based on the Cellular Robotics System, which is the basic concept of the emergence of intelligence in the multi-scale way from Cell Level to the Organizational Level, proposed more than 30 years ago. It consists of many elements how the system can be structured from the individual to the group/society levels in analogy with the biological system. It covers with the wide range of challenging topics:

The keynote will mainly focus on bio cell manipulation and cell assembly and refer to applied areas for the future hybrid system to improve the quality of life of human.

He is mainly engaging in the research fields of intelligent robotic system, micro and nano robotics, bio-robotic system, and technical diagnosis and error recovery system.